The honour of bringing the first blog post of 2017 to the Happy Authors’ Guild falls to me, and you know what? I’ve blown it.

I haven’t just forgotten to give HAG a timely hug, or omitted to whisper sweet nothings in HAG’s shell-like ear, or nipped when I should have licked between HAG’s plump and luscious thighs. No, I’ve blown it like a turkey-induced New Year’s fart that’s gonna reverberate from now until June. END_OF_DOCUMENT_TOKEN_TO_BE_REPLACED

I’m making soup, tonight. Pumpkin soup with some other veg, turmeric and cayenne. I’ve made this soup several times over the past two months because I like it of an evening and it’s healthy. Why am I waffling about soup? Because the other day I changed my recipe – I left out parsnip and it changed the balance of flavours in a way I didn’t like. So today I’ve added it back in, with a bit more for good measure 😀

We need a balance of characters to represent different aspects of the story. Maybe we have a character who always sees the humour in a situation and maybe we need a pessimist to balance out the humours. Maybe we have someone who thinks they know it all only to find out they don’t, and someone who thinks they know nothing when, in fact, they know more than they think they do.  Maybe we have a protagonist and antagonist, but do our other characters balance each other? Each character should bring a different flavour to the story, and, depending on how strong we want that flavour to be, we can enhance that quality or dilute it a little.

So, with balancing characters in mind, let’s play a game of word association. I’ll begin by putting a characteristic down, and let’s see where we go in the comments!

What comes into your mind? Or if you want to change characteristic, write a new one and we can all say what comes into our heads. This is a useful tool for adding depth to characters, too:)

I am a feminist. I make no bones about it.

This is reflected in my characters and storylines. Mina loves clothes AND hitting people, but more importantly, nobody finds that odd. Conversely, Rick and Sam are bad ass demon hunters who are also super caring, homey people. Sam does almost all the cooking, and Rick is, in universe, a calming, soothing presence. And, more importantly, nobody comments on these behaviors negatively.

On the other side, neither does anybody look down on the non-action characters, male or female. Jeff is a non-action oriented, male hero. He’s the cleric (if we want to get really geeky, and I usually do.), and is well respected by the monster hunting community.

One of my big beefs, as a feminist, is the fact that male villains are almost inevitably rapists. Look, I know the stats on sexual assault, and I’m not saying that we should ban rape and sexual assault in media.

On the other hand, can we not also admit that making almost every villain a rapist is lazy writing? 1, it short-changes men and their emotional depth (as usual), but 2, it reduces rape and sexual assault to the mundane. A paltry banality that every captured female character “must” suffer.

And I realize that this is a fairly heavy topic for me, so let me explain where it’s coming from.

I’m working on my novels these days. It’s a series, and I have this former couple, Edie and Randal.  She broke up with him and took a vow of abstinence. In Book One, Randal was pretty much the bad guy, sullen and uncooperative, usually ruining whatever team building Edie managed to do.

The books begin knowing that they broke up nearly a year before, but not what lead up to it. Now in Book Two, I’m getting into it. So to sum up, he’s angry, and she’s trying very hard to ignore it, because they work together, and if people think there is a chance she’ll break her vow of abstinence, they will kill Randal. Which she doesn’t want. Because his jerkass tendencies aside, he’s still important to her. It leads to this exchange:

“What happened the night Edie was invested?” Miguel asked.

The memory of Edie’s tear-streaked face as she ordered him out of her rooms haunted him for a moment. “Ask your sister,” Randal responded, unable to do anything but snarl and glare.

“I’m not sure which version Edie prefers these days.” It was a cheap shot. But the truth would likely end in his exile, if not his death. Edie was keeping her mouth shut, and he’d do the same.

While reading this passage out loud to my husband, he stated that I needed to change it, because it sounded “rapey.”

Now, both of us know exactly what happened that night, and it was not rape. But to my husband, the implied sexual violence of the image combined with slightly ambiguous wording would damage my attempt to redeem Randal in this book.

My (feminist) argument for keeping this particular wording is that people shouldn’t jump to rape when reading this. Randal’s a jerk in the first book, but at no point do I ever, remotely  hint that Edie is afraid of him, or that he was ever, ever violent towards her in any manner.

The idea that our immediate assumption as readers would not be that a young man got in a fight with his girlfriend, said something that made her cry, and she told him to leave, is an insult to men. And it really is infuriating.

Yes, Randal shoulders the role of antagonist for most of the first book. That shouldn’t mean that people automatically jump to rapist, but we do. It’s so universal that it’s a running gag on series about movie cliches.

As a feminist, I know I need to write more complicated men. Because keeping my men simple and one dimensional also limits my women. It reduces their interactions with male characters to shallow stereotypes.

We need to challenge the idea of men as oversexed, under emotional, perpetual children that women must ‘tame’. 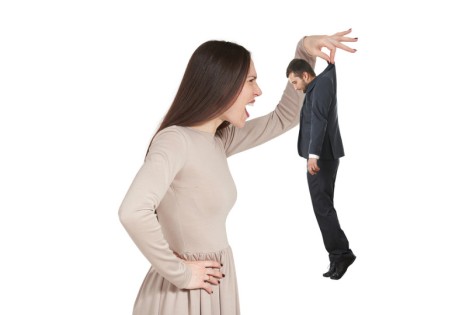 This is not attractive… to most people. I swear I’m not trying to kink-shame here.

In short, I’m a feminist writer, and I refuse to short change any of my characters based on gender.

Kate Whitaker writes for fun and profit from the woods of the Olympic Penninsula. You can most likely find her sitting at her kitchen table yelling at kids as she tries to figure out a new way to kill made up monsters. She has a newsletter and a comic.

I actually did it!

And I think it’s taken me almost up to now to realize it.

A couple of weeks ago I packed up my whole house. Well, technically the brick building is still standing, but I stashed all our belongings into the spare guest room and basement. Then I jumped on a plane to move halfway across the world. To study literature. END_OF_DOCUMENT_TOKEN_TO_BE_REPLACED

One good thing about being a writer of romance is that it helps with most other genres, which are usually enhanced by a romantic subplot, no matter what the genre.

Of course in a hard-boiled noir thriller the love interest may be killed off (a big no-no in actual romance) or turn out to be a bad guy or both; in science fiction or mysteries the romance, if it is there at all, may be very subtle and drawn out over several volumes. But no matter how much or little romance you add to the mix, how explicit or low-key the love or sex scenes, the experience of having written romance stories or novels can only help. END_OF_DOCUMENT_TOKEN_TO_BE_REPLACED

Where does it come from? Is it stored inside of us and stirred awake when we encounter something in our everyday life that brings out this hidden treasure we never knew we carried?

Or, is it handed to us, as a gift, by someone or something that has you or me are the perfect person to see its true potential?

The universe buries strange jewels deep within us all, and then stands back to see if we can find them.

Have you found any yet? Please…share them with us in the comments field. As writers I think we all know how to appreciate them. We know how precious these discoveries are. END_OF_DOCUMENT_TOKEN_TO_BE_REPLACED

A few months ago I wrote a short story about a gangster who was beaten and left for dead and forced to walk back into the city to exact his revenge. I drew on all my experiences of pain,  END_OF_DOCUMENT_TOKEN_TO_BE_REPLACED

Why do I write? Because I have all these stories in my head that want to be shared with the world.

Why? Because every time I read a book or see a movie, I think of a different way that could have gone. And I can’t rest until I make it go that way. END_OF_DOCUMENT_TOKEN_TO_BE_REPLACED

I’ve made the commitment to give two hours every weekday to my novel writing. Weekends are for blogs and other fun projects. I am accountable for these two hours because I go on-line to my writing communities and state that I am “sprinting,” a term we use when we sit at a keyboard and just write. END_OF_DOCUMENT_TOKEN_TO_BE_REPLACED

Archive of Past Goodness